Bleeding Heart Pigeons caught the nation’s attention with the release of their debut album “Is” in 2016. At the beginning of 2020, the band approached Piquant, in order to collaborate on the visual identity of their upcoming sophomore release “Stir”. This work would span over the album art, photography, social media, and the music video for their lead single “Real Connection”. For them, it was a long journey from their initial release to the announcement of their second album. In the four intermediate years they had grown older, parted ways with a major record label in order to set up as an independent act, and embedded themselves within Ireland’s burgeoning DIY music scene. Our work needed to assist in communicating this progression and mark a new era for the band.

From the outset, we talked often with the band about the themes and ideas present in their single and the overarching concepts weaved through the album. “Real Connection” is a song that concerns itself with ideas of intimacy, isolation, and technology. We wanted to take these emotions and realise them within the context of a visual environment, to contain the song within four walls, in which the viewer could explore. As these feelings present themselves differently from person to person, we worked to keep our visuals oblique in nature, allowing the viewer to find their own sense of meaning in what we presented.

We knew the environment would be a key feature in the video and approached it as a character in the narrative, taking an active role and slowly imbuing its characteristic upon the figures at the forefront of the video. As the video progresses, any form of contrast or differentiation between the figures and their environment is eroded. Conceptually we wanted to explore how an environment can alter those within. These deformations are incremental, but over time they can be profound. The figures we show appear statuesque and rigid, strong even, but easily succumb to the effects of their environment, like a hot knife cutting through butter. 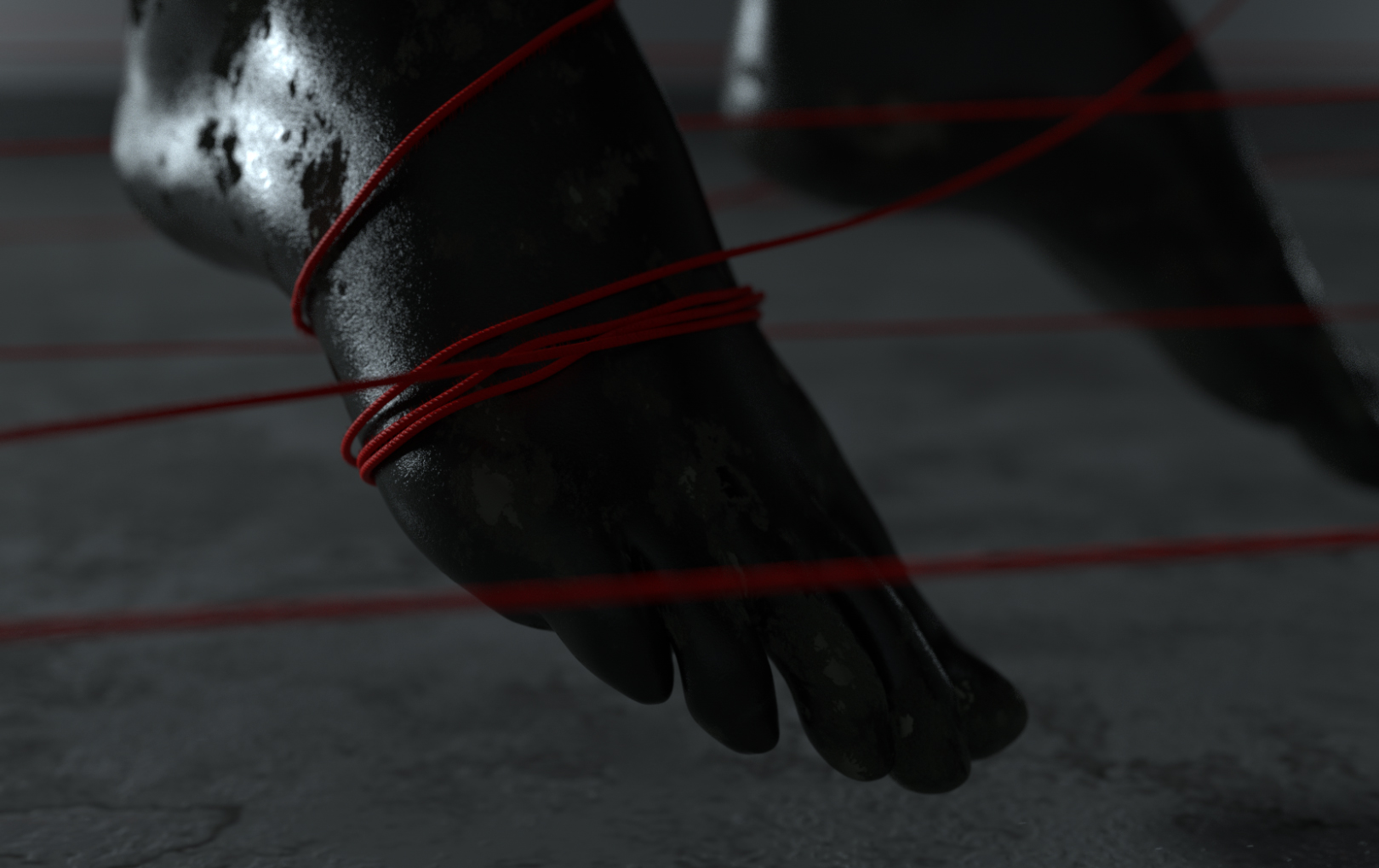 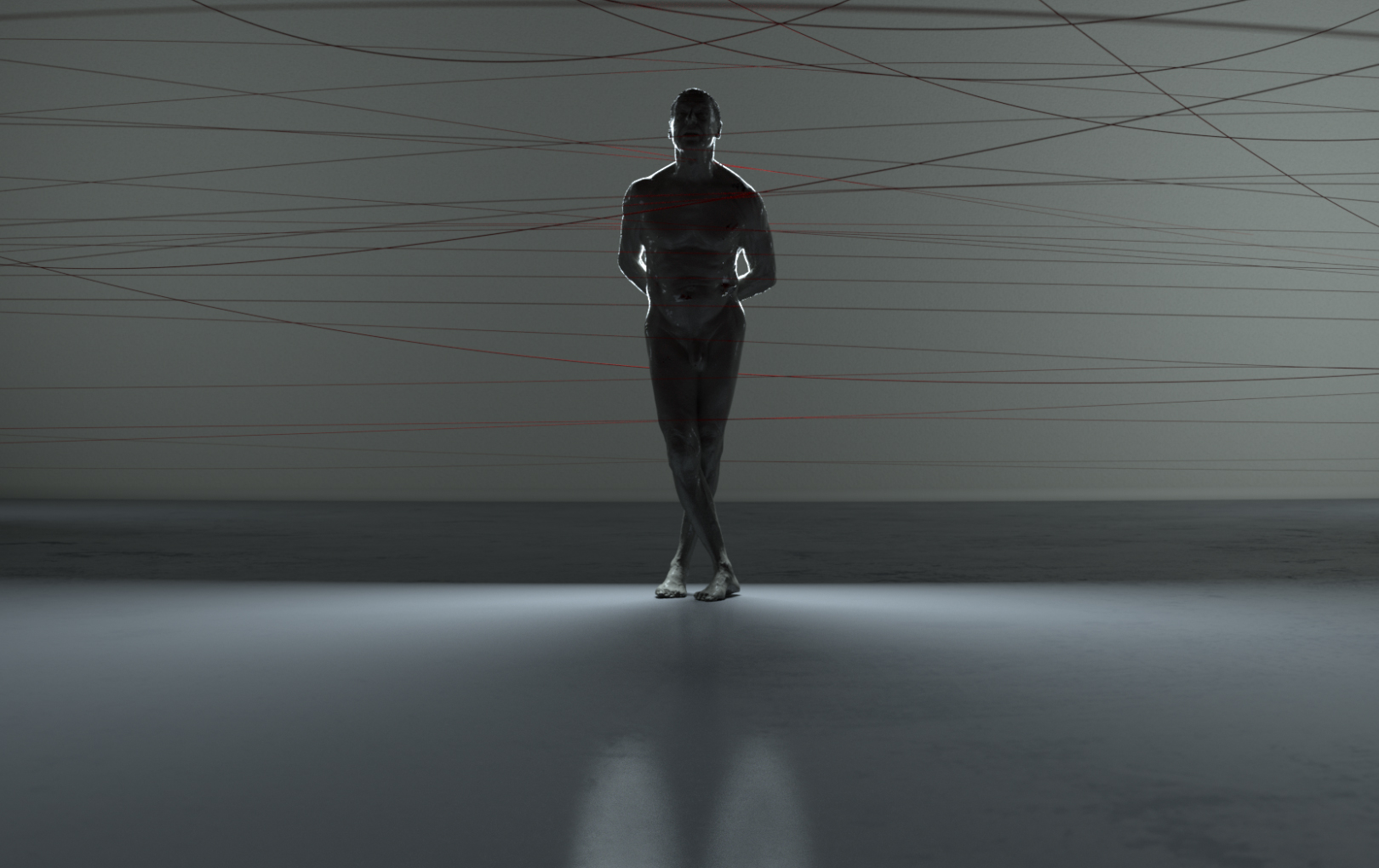 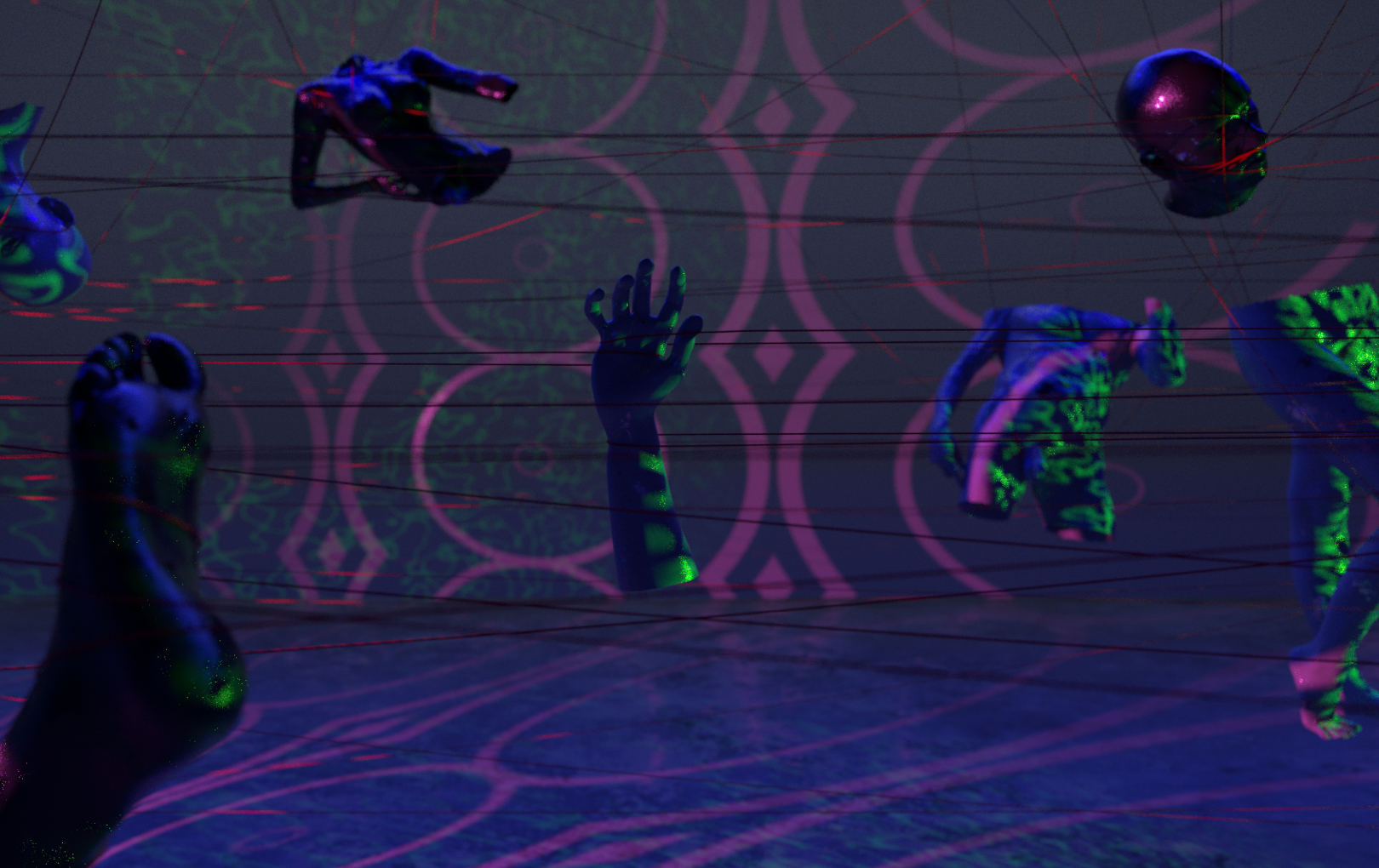 The song explores the idea of digital spaces, illusionary environments in which we spend our time. To capitalise on this idea we focused our attention on 3D animation, which could be photorealistic aesthetically, but did not need to adhere to real-world limitations, and therefore could generate surreal moments of surprise for the viewer. Digital spaces are no longer populated by low polygon representations and imitations, but rather are seamlessly weaved into the mundane and everday, they are hardly noticeable anymore. So we set out to create a digital environment that would mimic our real-world footage, only revealing the illusion at certain moments.

Our 3D models consisted of high-resolution 3D body scans, which captured subtle detail such as wrinkles or small imperfections in the skin, and retopologised models of body parts, such as faces, hands and feet. By using retopologised models, we could realistically imitate deformations and to disguise the lower detail of the model we developed a detailed enamel painted metal texture that could be wrapped around the models. By including normal maps in the textures we could recreate uneven, rich, flawed and, most importantly, realistic surfaces. The choice to use a metal and enamel paint texture rather than a more traditional marble texture was to avoid adding value or wealth to these figures. Marble is a material suggestive of wealth and a certain segment of society. Enamel paint and metal is a texture we see everyday, everywhere. It is a flawed, imperfect material that is utilitarian in nature rather than artistic.

In order to create realistic scenes using this technology, each minute detail needs to be considered and carefully built. In order to answer the question how do I make this look real? you must first ask How shiny is stone? How does rope react when you pull it? How does light interact with single strands of hair and twine? Working in 3D is slow and meticulous, but once you answer these small questions, the results you can achieve are phenomenal

All of these decisions were made so we could explore and investigate technology as it relates to our lives. Technology has profoundly changed the way we work, socialise, shop, learn, and even look for romance. It has seeped into every aspect of our lives and, though these environments do not truly exist, they affect us in a very real way. In some ways good, and others bad. We didn’t set out to criticise or bemoan social media, but rather examine and reflect upon this new reality we face. It is like a force of nature, a headless beast, a ship without anyone at the helm.

The final video is a combination of complex 3D animation alongside live-action footage of the band, the environments for both were carefully designed and curated to match seamlessly.

Bleeding Heart Pigeons’ sophomore album ‘Stir’ will be released on 22 May, and can be pre-ordered here. 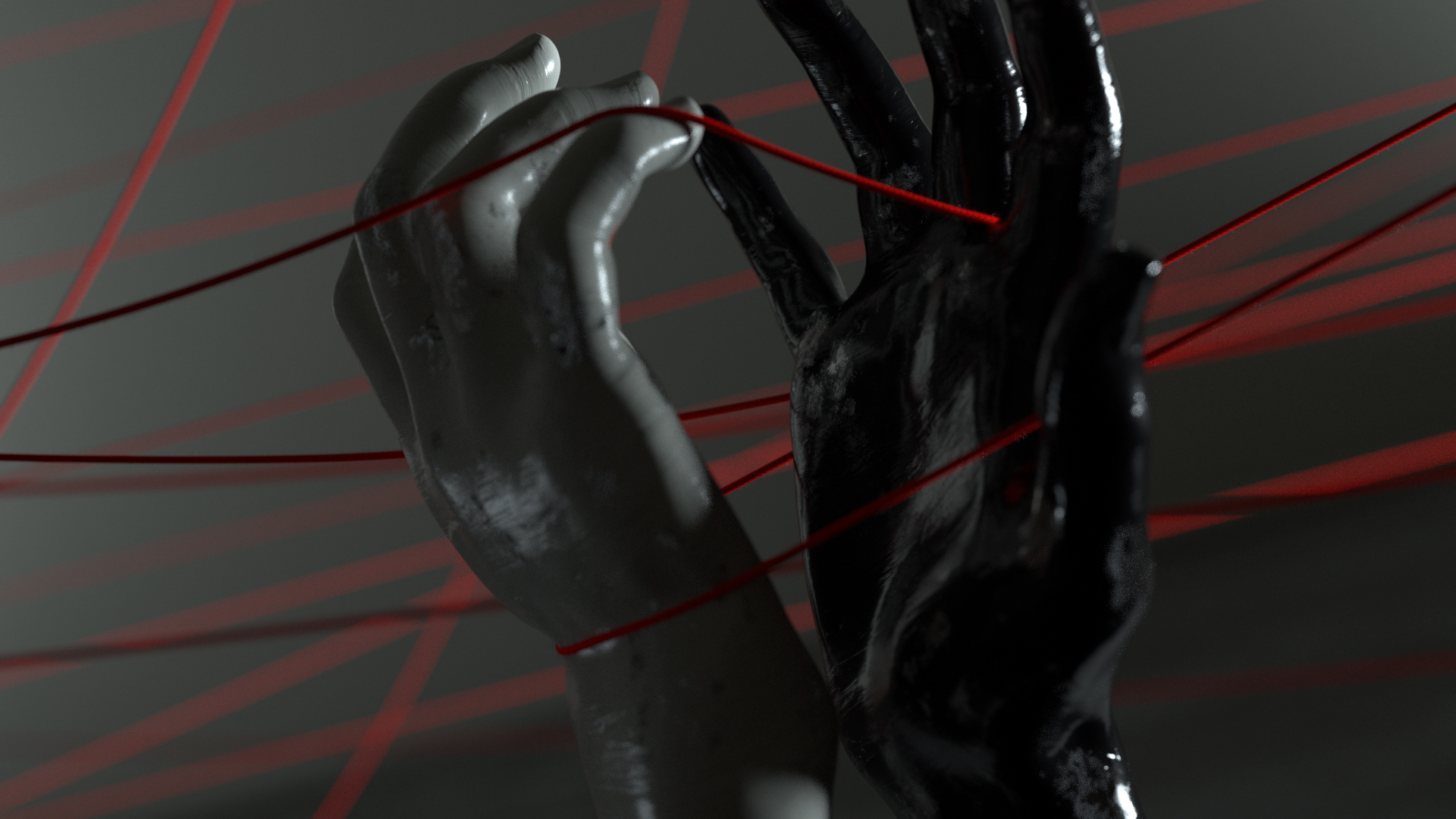