As you may have noticed, Ireland is in the grip of a General Election Campaign. Politicians are fighting it out for votes, spitting snide remarks at each other and smiling at every ‘member of the general public’ they set eyes on. On Monday, RTÉ held its first televised leaders’ debate of the #GE16 campaign and they broadcast it live from the University of Limerick.

Here in Piquant, we started working with University of Limerick in December 2015 on their undergraduate recruitment campaign. We created a recruitment sub-brand for the University consisting of a core #StudyAtUL logo along with a system of high contrast interchangeable elements (icons, graphics, imagery, typographic) that can be adapted depending on context. The high contrast graphic imagery and iconography in combination with clear typographic messages make it a memorable and distinct communication system. The recruitment campaign, rolled out across billboards, newspapers, cinema, digital and social media, was a success with positive feedback from across the University.

So, when we got a call last Thursday asking us to work on a TV advert for UL, we were delighted. When we were told that we had a turnaround time of just 3 days we took a deep breath and cancelled our weekend plans. The 20 second advert would be played three times around the leaders’ debate broadcast. Before the debate, during the debate and after the debate. UL wanted a playful message to wraparound the leaders’ debate that focussed on political language and the buzz words of winning an election. We decided to use the strong iconography and graphics that we had created for the recruitment campaign and animate them with a voice over. 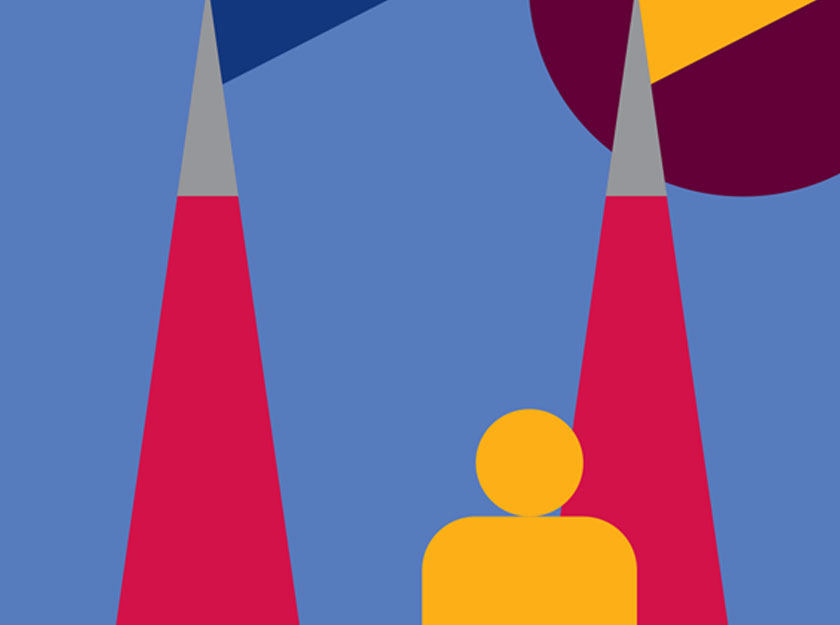