I am enjoying a generous slice of humble pie as I type these words, and it is with a heavy heart that I jot them down. Only a couple of months ago I published a blog piece called ‘Who says print is dead?’. Alas, at the time of writing I couldn’t have foreseen that the COVID-19 virus was going to claim another victim.

In the blog piece, I espoused the virtues and need for this ‘relic of Johannes Gutenberg’s printing press’. The reports, flyers, books and publications that went part and parcel of any launch or event are now seen as potential carriers of Coronavirus. Events and launches themselves have largely been cancelled or toned down. How can you get a fresh copy of an annual report into someone’s hands if you are staying 2 metres apart?

But we love a challenge at Piquant. We spotted an opportunity for us to combine our skills as designers, social media marketers, motion graphics designers and videographers to reimagine the launch of a report. If people cannot attend the launch, we can bring the launch to them.

We have done such a launch recently with the Irish Human Rights and Equality Commission (IHREC). Initially, the brief was to design and print an annual report and an executive summary for an event launch. However, with the launch cancelled we pivoted and did the following:

— We designed the report as normal – This is often a mandate that has to happen regardless. A pdf is still the best format as it can be downloaded and viewed on all devices and/or printed at home.

— We made a video – Instead of a printed executive summary, we made a video combining footage gathered throughout the year and edited together with a combination of VO, sound design and motion graphics.

— We designed a webpage – All the communications were directed to a specific webpage on ihrec.ie which contained the report in Irish and English and the full video. We worked with IHREC’s web team to create a page that looked like the rest of the campaign. 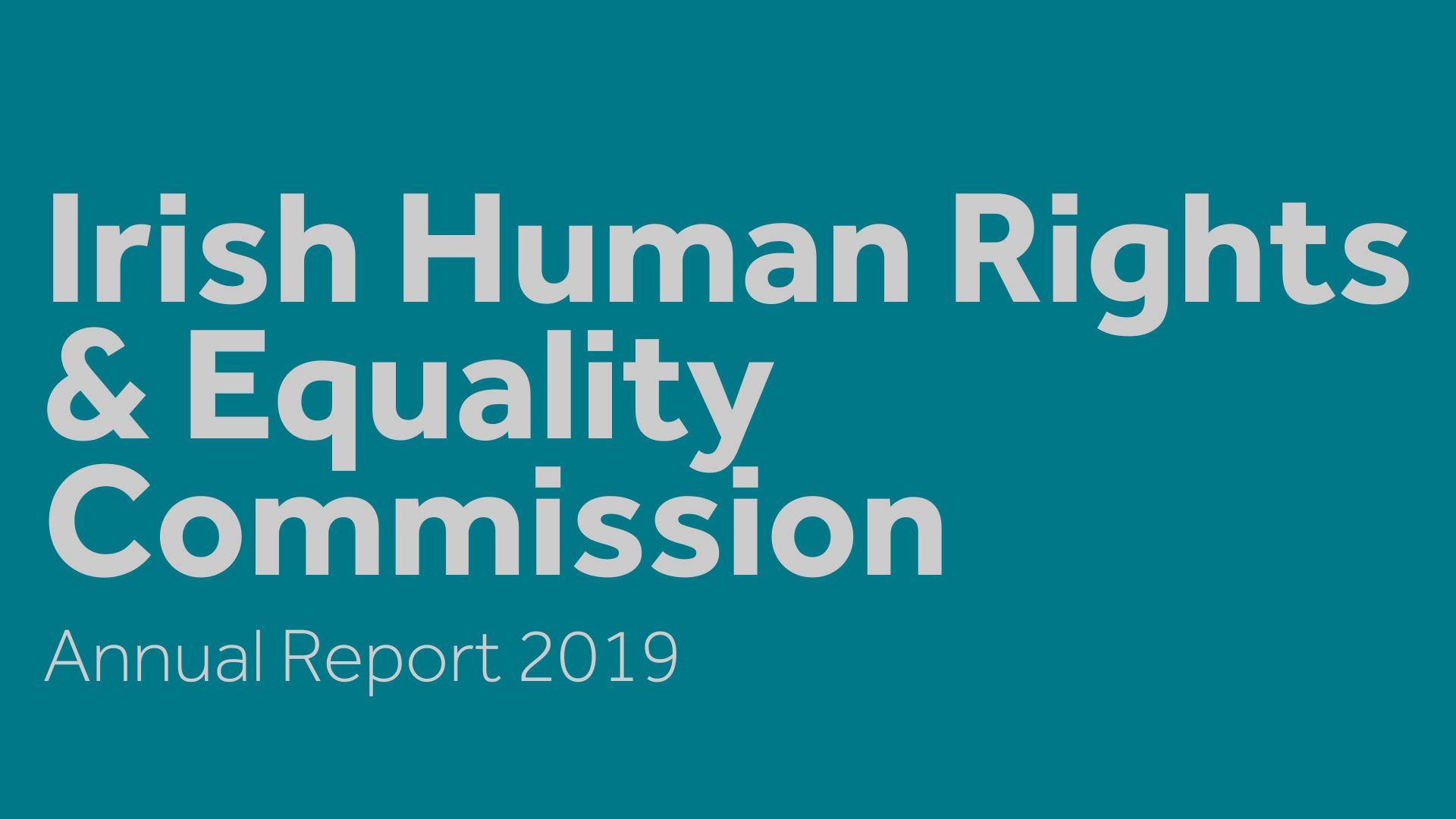 While we all miss the physical connection and feeling of satisfaction from a live event, the benefits of an online launch are huge;

1. Reach – The reach is far greater. Your message can be shared and viewed by a much larger audience.

2. Strategy – You have greater control over how your message is viewed. We can advise on how to release your publication over weeks, days or hours and how to target specific audiences.

3. Green – There is an environmental advantage over saving paper and carbon emissions from printing presses and people attending events. People simply watch the launch unfold on their devices from the comfort of their own home.

While we are pining for the feeling you get when a lovely new physically printed book lands on your lap, we are embracing the opportunity to flex our creative muscles a bit more and collaborating with the whole team to explore new ways of turning a well designed but ultimately static pdf into a suite of assets that can all work together to tell the story of a report to a whole new audience.

So even though we are in a deep state of mourning over the untimely demise of our dear friend print we are also confident that the printed word will rise again like Lazarus and become a mainstay in our world once more.

If you want to chat to us about a publication project or annual report launch, feel free to call us, send an email, or message us on Facebook.