Influencer marketing might seem out of reach or too expensive for your brand or business, but there is more than just one type of influencer, and they all offer different exposure opportunities.

When it comes to influencer marketing, the influencer with the most followers won’t necessarily have the biggest impact for your brand or campaign. What really matters is their engagement rate, relevance to your message, and influence in your particular field or geographic location. That’s where micro and macro influencers come in.

At Piquant, we’ve worked on influencer marketing campaigns with Irish influencers of varying sizes and across multiple niche areas. In this blog, we want to introduce you to the power of micro and macro influencers, and go through some examples of how to engage and collaborate with different types of influencers.

First, let’s break down a few of the different types of influencers:

In the Irish influencer market, these individuals have somewhere in the region of 100,000 to over one million followers. Think Vogue Williams, Greg O’Shea, or Roz Purcell.

Irish micro influencers have a follower range between about 5,000 to 20,000, while macro influencers have a larger follower count, heading up towards the 90k mark. Micro and macro influencers are uniquely in tune with their audience’s behaviours and interests, so they know exactly what content and messaging will resonate best. And they’re going to be more accessible for your brand or business, more cost effective, and may possess a powerful influence in particular locations, within specific topics such as sustainability, fashion or fitness, or with regional media outlets.

The words bloggers and influencers are sometimes used interchangeably, but it’s worth defining that bloggers are particularly known for creating and publishing valuable content about specific topics of interest. That means that aside from whatever following they have on social media, they also have a separate platform for producing blogs, reviews and features.

While influencers may be engaged for only a short campaign or one off project, ambassadors work with a brand or organisation for long-term relationships. They may not necessarily have a large following on social media, but they are usually successful individuals of note who have a genuine connection to the brand or organisation, and so often take on the ambassador role without monetary compensation.

With micro, macro and even mega influencers, there are multiple opportunities for a brand or organisation to engage and collaborate.

A full scale collaboration is probably what you will be looking for when running a large campaign and targeting influencers on the macro and mega end of the scale. You may need to engage with an agent when dealing with larger influencers, and you’ll want to put together a detailed brief for your collab. Organising experiences and activities can be a great way to generate content when managing a collab with a large influencer.

For Limerick 50 Days of Summer, Limerick City and County council’s biggest ever tourism marketing campaign, we engaged 5 influencers for 5 individual collabs throughout the campaign. Louise Cooney, Sarah Hanrahan (@i_come_undone), Niamh Reid (@exploringireland), Kate Kelly, and Chloe Markham promoted the giveaway each week, and travelling around Limerick to sample the prizes on offer. Having a different influencer collab each week was hugely valuable to the campaign, and visiting each of the Limerick attractions generated fantastic content. 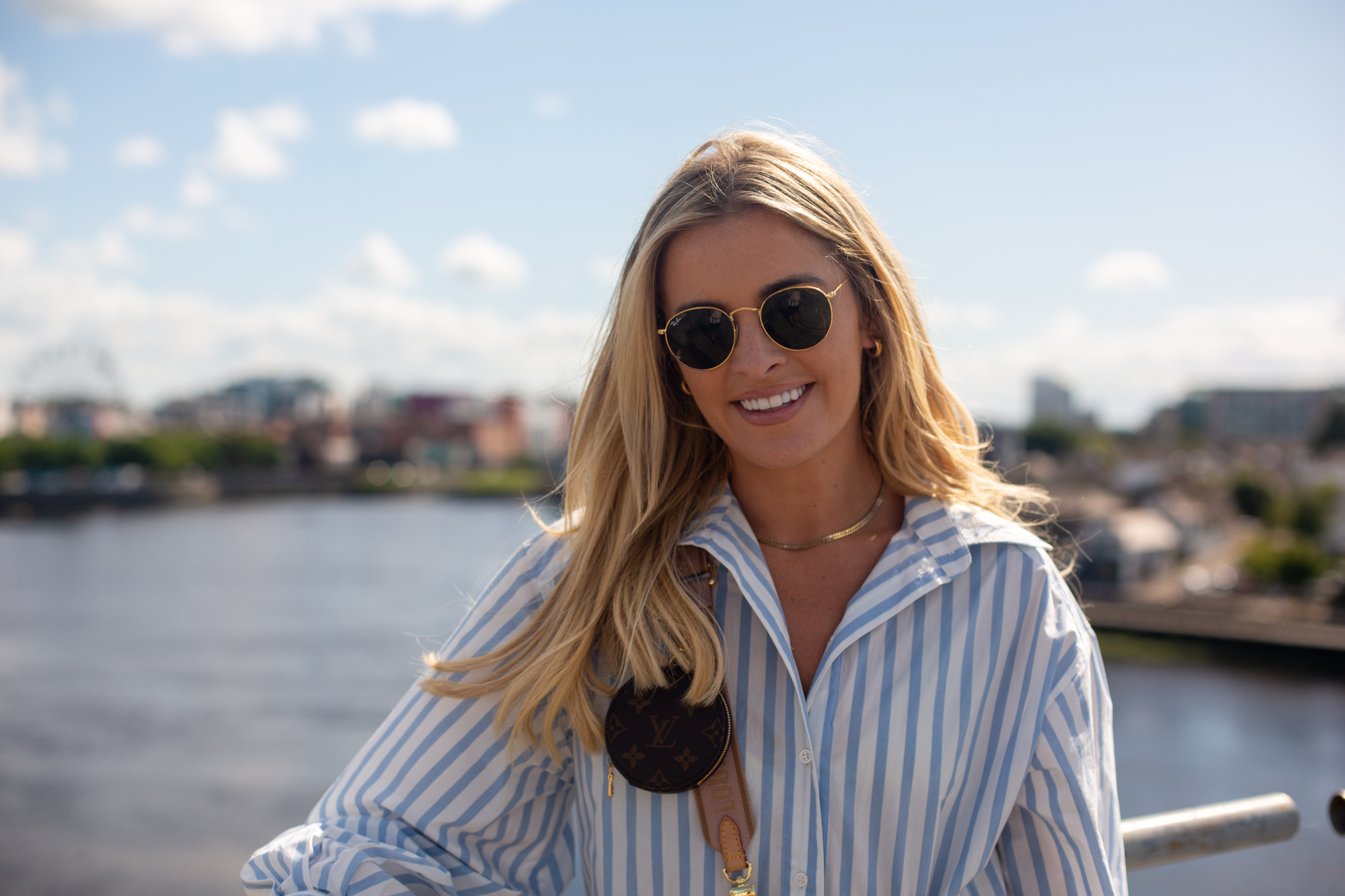 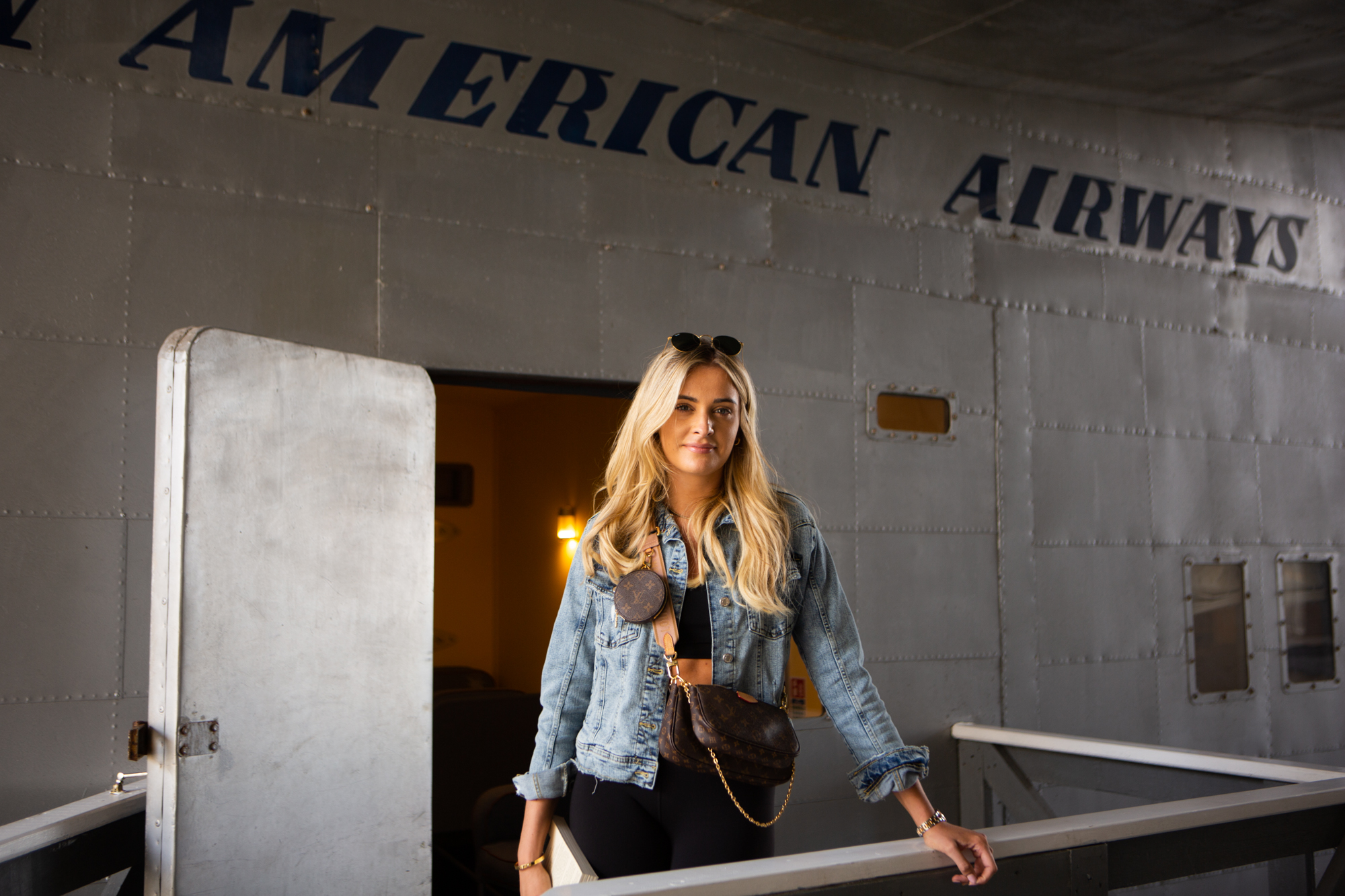 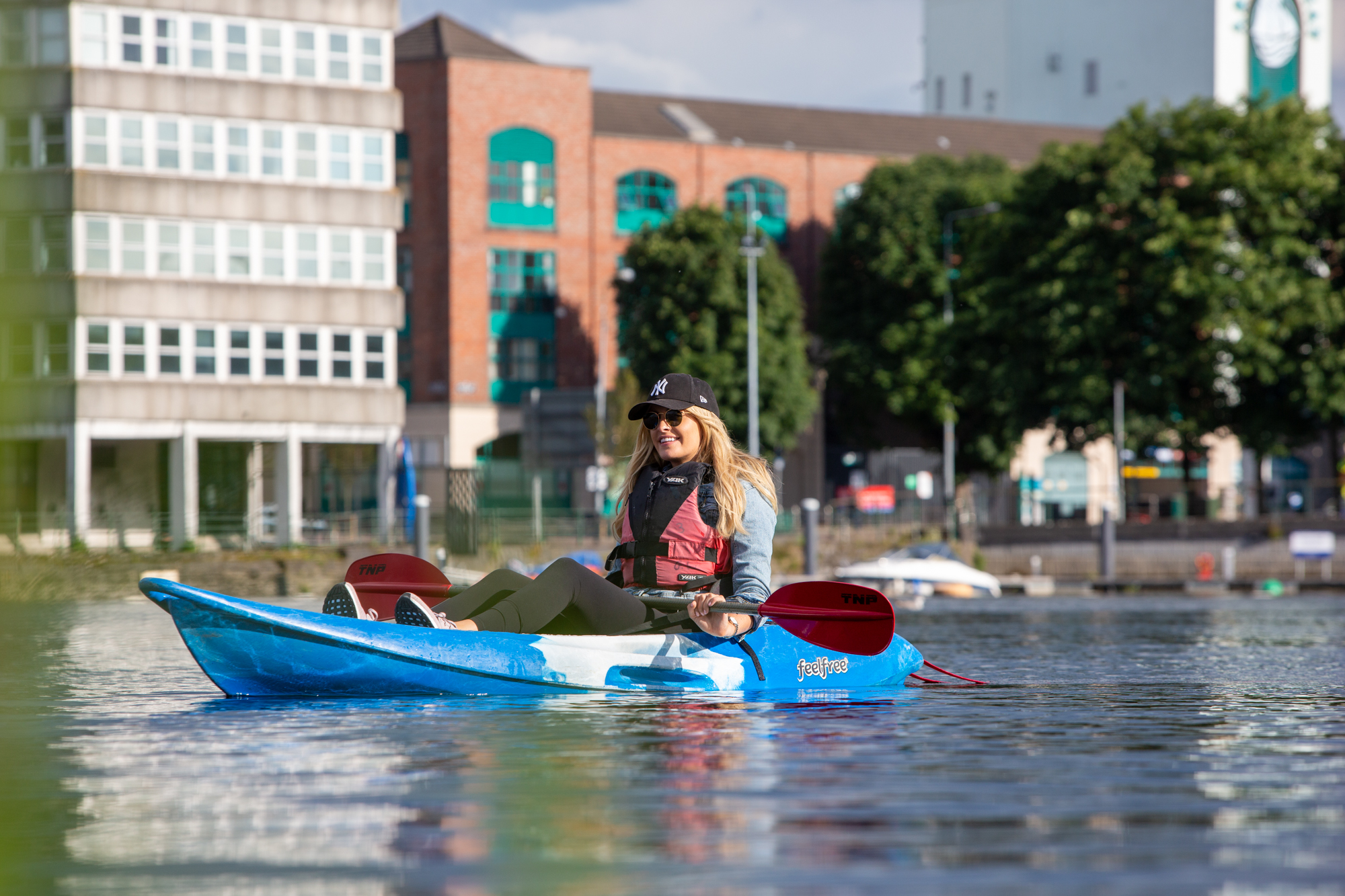 Event campaigns are a great way to engage influencers, and live coverage at an event is the perfect collaboration opportunity. If your event is aimed at people in a particular location or with specific interests, micro and macro influencers are ideal for promoting your event to your target audience. Engage them early in the campaign to build up excitement, and on the day of the event, give them an ‘access all areas’ pass and let them cover all the activity live on their social channels.

For Riverfest Limerick 2019, we worked with 3 local influencers who not only engaged in promotional activities throughout the campaign, but hosted extensive live coverage of every aspect of the festival over the full 3 days. Meghann Scully, Louise Cantillon and Amy Ryan were a huge asset to the whole campaign, perfectly targeting our regional audience, and giving a huge amount of care and attention to their work. With connections to local media outlets, Meghann and Louise provided huge value to the campaign through extra media coverage in newspapers, radio and online video. We saw a massive boost in reach and engagement throughout the weekend as a result of their enticing, engaging and creative live coverage.

49% of consumers depend on influencer recommendations, and gifting is your influencer marketing opportunity to capitalise on this. Without an extensive influencer marketing budget, you can gain brand exposure for the price of your product or service. Choose an influencer who would love your product, and send them a sample so that they might feature you on their Instagram stories. To increase your chances of getting featured, include information about you and your product in the box to make it easy for them to promote you, and make it personal with a handwritten note or card. The same strategy also applies to gifting experiences or services, like beauty treatments, hotel stays, events, activities and more.

We utilised this gifting strategy for our client Simon Barber Jewellery, gifting a jewellery piece to the perfect macro influencer, Sinead O’Brien (@sineadscurvystyle). She not only featured the product on her story, but filmed the whole unboxing process, highlighted all the promotional materials and brochures we included, and wore the piece at her next event, tagging the client in every story along the way, and even in a post on her grid. Sinead has a unique presence with great engagement from her audience, and she really went above and beyond when featuring the product – our client was so happy to see his handmade piece featured so thoughtfully.

There are multiple ways to incorporate video in your influencer marketing campaign. You could collaborate to create a video series highlighting a particular message, or engage an influencer to star in your campaign video. Then there’s live streaming, unboxing videos, video reviews, and more. Remember to repurpose and re-distribute any video content created for you by an influencer – share it on your other channels and platforms, or even repurpose it into advertising content.

For Christmas in Limerick 2019, one of the initiatives we coordinated within our influencer marketing strategy was the creation of a video series with Louise Cantillon promoting shopping local at Christmas. Louise’s creativity and passion meant that we could entirely trust her to produce excellent content, and that she did. Our audience, and the businesses featured, were delighted by the content she produced. The videos, posted on Insta Stories, were saved as highlights, repurposed, and shared across all our social channels. For the 2018 Reuse Month campaign, we engaged blogger Rosemary McCabe to take on the reuse challenge for our campaign video. With her personal approach, realness and diverse interests, we knew Rosemary would be the perfect fit, and her work on the video was fantastic. 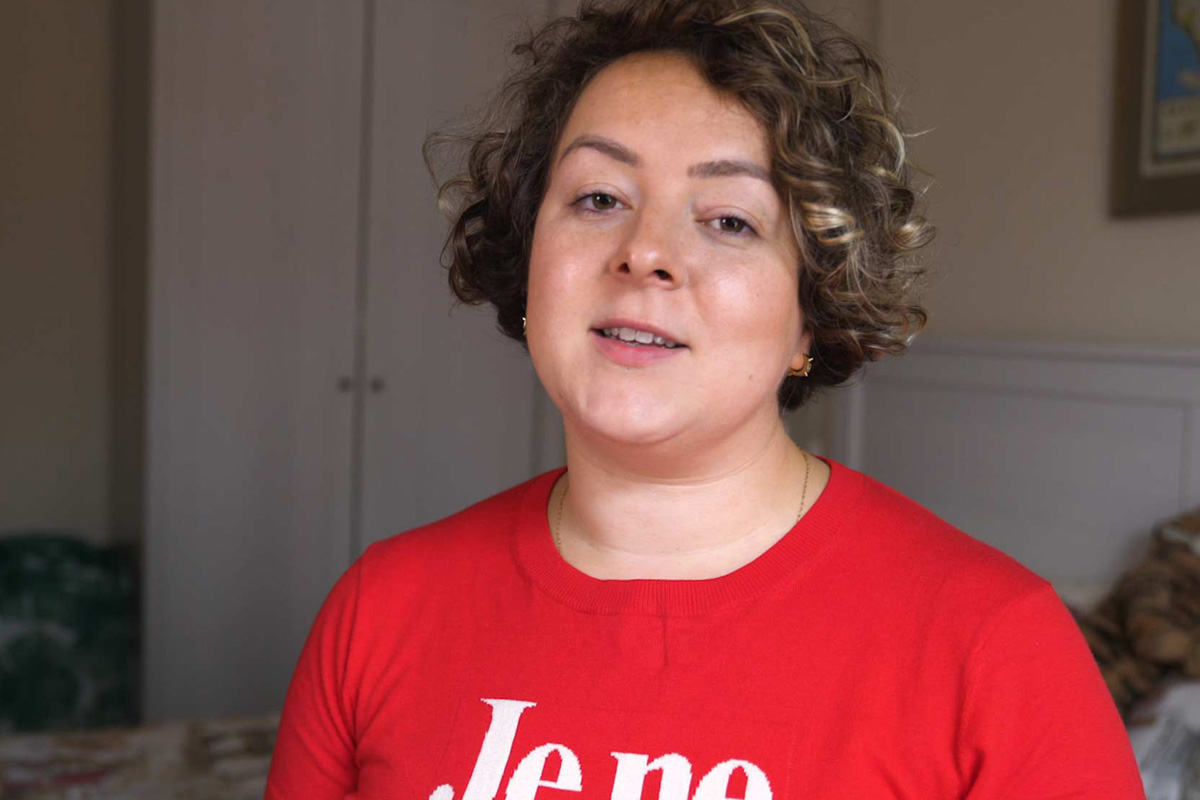 An influencer campaign is usually a short term activation, a day, or week, or a month. Your organisation or message could be perfect for engaging an ambassador to work with you over a longer period of time. An ambassador may promote particular messages for you at multiple times throughout the year, provide quotes and testimonials for the press, or participate in photoshoots and events. This works even better if your organisation is committed to a cause your ambassador genuinely cares about.

Novas engage a number of sporting stars as ambassadors for their organisation, and one of their major activities during the year is their participation in the annual Novas Sleep-Out. Working on the event campaign in 2019, we engaged ambassadors William O’Donoghue, Podge Collins and Seamus Callanan in campaign content including photography, outdoor advertising, radio ads, social media graphics, and quotes for press articles and blogs. The 3 hurling stars are fantastic ambassadors for Novas, dedicated to the cause, highly engaged and passionate, and through their personal networks they raised a significant amount of money for the Novas Sleep Out.

This is an example of a short term activation that’s particularly great if you have a timely message, charitable cause or social issue you want to boost, like a new helpline or a charity event. For this initiative, it works to contact a targeted list of influencers of various sizes, ask them to boost your message, and give them options – they could simply share your post to their story, or engage in a more collaborative action, by sharing custom graphics or discussing your message on their story.

As part of a campaign for the National Adult Literacy Agency (NALA) to promote their free distance learning services, we engaged influencers of varying sizes to signal boost the message, with influencers posting to their Instagram story, grid, and other channels. These influencers were extremely valuable in spreading the word for this campaign, with their genuine connection to their audiences and desire to spread positive messages and helpful information. We worked with regional and national influencers including Shoshannah Wood, Grace Rattigan (@frillyflossy) and Meghann Scully.

If you want to chat to us about an influencer marketing campaign, feel free to call us, send an email, or message us on Facebook