The Immigrant Council of Ireland is an NGO based in Dublin city, working to provide assistance to people from a migrant background. The ICI wanted to communicate the message that everyone living in Ireland, regardless of nationality, has the right to vote and run in local elections. We were approached to produce a series of videos, in multiple languages, that would clearly communicate this message to the various diasporas that live in Ireland, and encourage people to register and get involved in local government.

Our Producer, Róisín, talks us through the process of undertaking this task.

Creating a script in 10 languages

We worked with the team at the ICI to develop a concept that would involve people from multiple countries, speaking their own languages. The ICI chose the 10 languages to feature in the videos and found 10 volunteers to take part. All of the participants in the video are from outside Ireland but have made their home here. None of them are professional presenters.

We wrote the script in English first and identified the information to be delivered and the tone of voice. The script involved a mix of PTC (pieces-to-camera) and VO (voice over). PTCs are always more difficult for non-professional presenters to do as it requires memorising the lines and speaking directly to camera, whereas for a VO you can read from the script and ignore the camera. We decided to reorganise the shooting script so that we could film the PTCs first, as usually people are more relaxed on a shoot when they can get the hard or more intimidating bits out of the way first.

We broke the script into 6 sections in order of how we would shoot them (rather than in order of how they would appear in the actual finished video): PTC 1, PTC 2, PTC 3, VO 1, VO 2, VO 3. We then sent the re-ordered script to be translated into Polish, Spanish, Mandarin, Romanian, Russian, Arabic, Lithuanian, French and Portuguese.

Setting up the shoot

On a fresh autumnal day, we set up in Dublin’s D Light studios. Conor, the Creative Director on the project, had given us a clear brief and moodboard of what the final shots should look like. So while Daniel, the Videographer got the lights and cameras set up, I figured out how to work the very impressive coffee machine (thanks D Light Studios!).

We knew that we needed a loose mid-shot (MS) and also a full-length (FL) shot, from the same angle, of each take so that Graham, the Editor, would have something to work with in the edit. To deliver these two shots simultaneously Daniel stacked the cameras, this then presented a problem of eye-lines, as in the PTCs, the eye-line in one of the cameras would be slightly off (they couldn’t look directly into two lenses at the same time!). We got around this problem by asking the participants to deliver the PTCs to the MS camera as the FL shot was wide enough that the slight inaccuracy on the eye-line was negligible and so would not be obvious to viewers.

As the participants came in I got time to chat to each of them; I wanted to make sure they knew what we expected them to do, that they were happy with the script translations, and to give them time to relax before standing in front of the cameras. It was really interesting to talk to each person who participated in the shoot. Some people had been in Ireland for years and have families here, others were new to the country but were eager to make Ireland their home. While it was very interesting to chat to the participants about their cultures, their backgrounds and their experiences of Ireland, it was also fascinating from a linguistic perspective to learn about each language and the different approaches to communicating the key messages of the campaign. 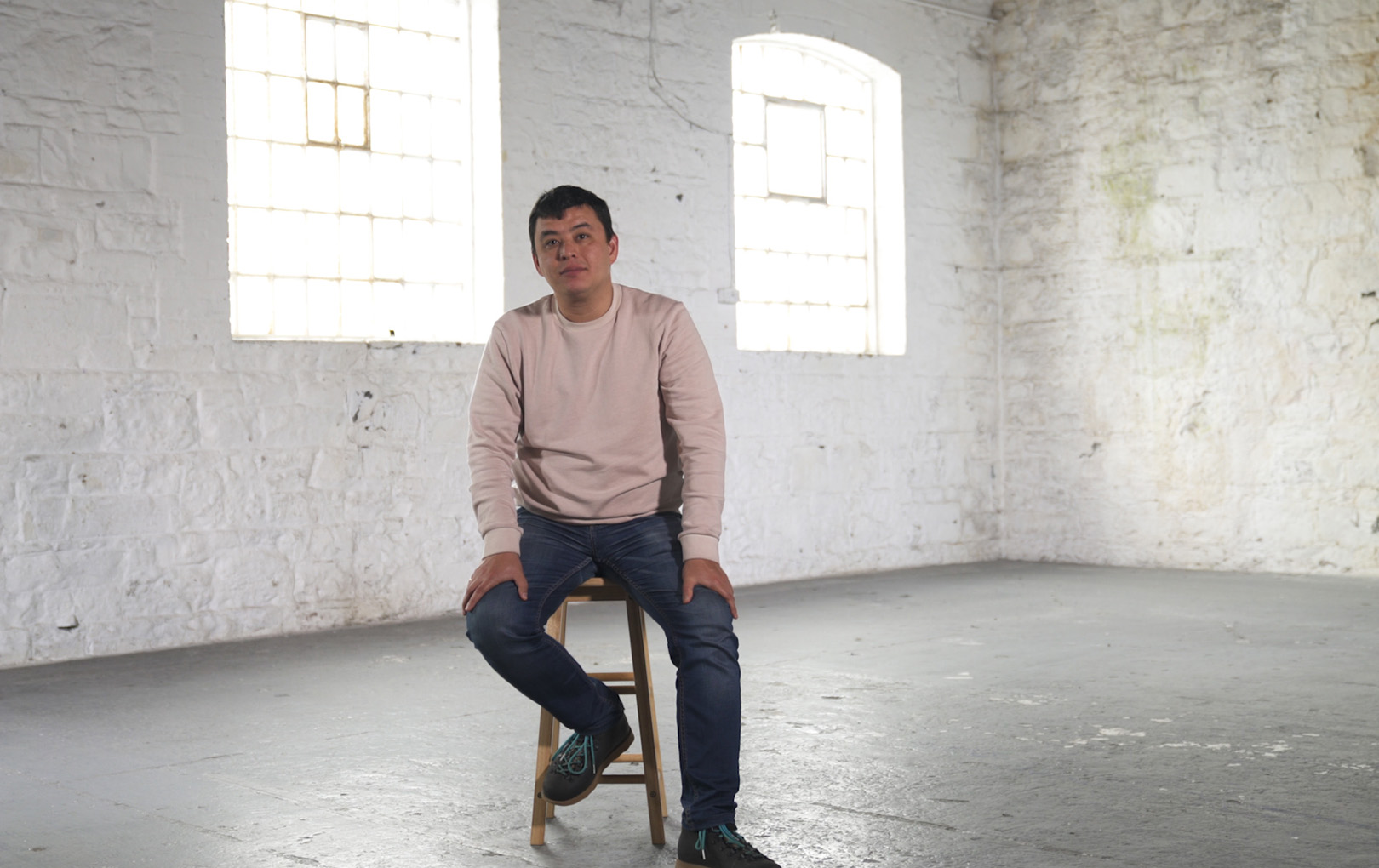 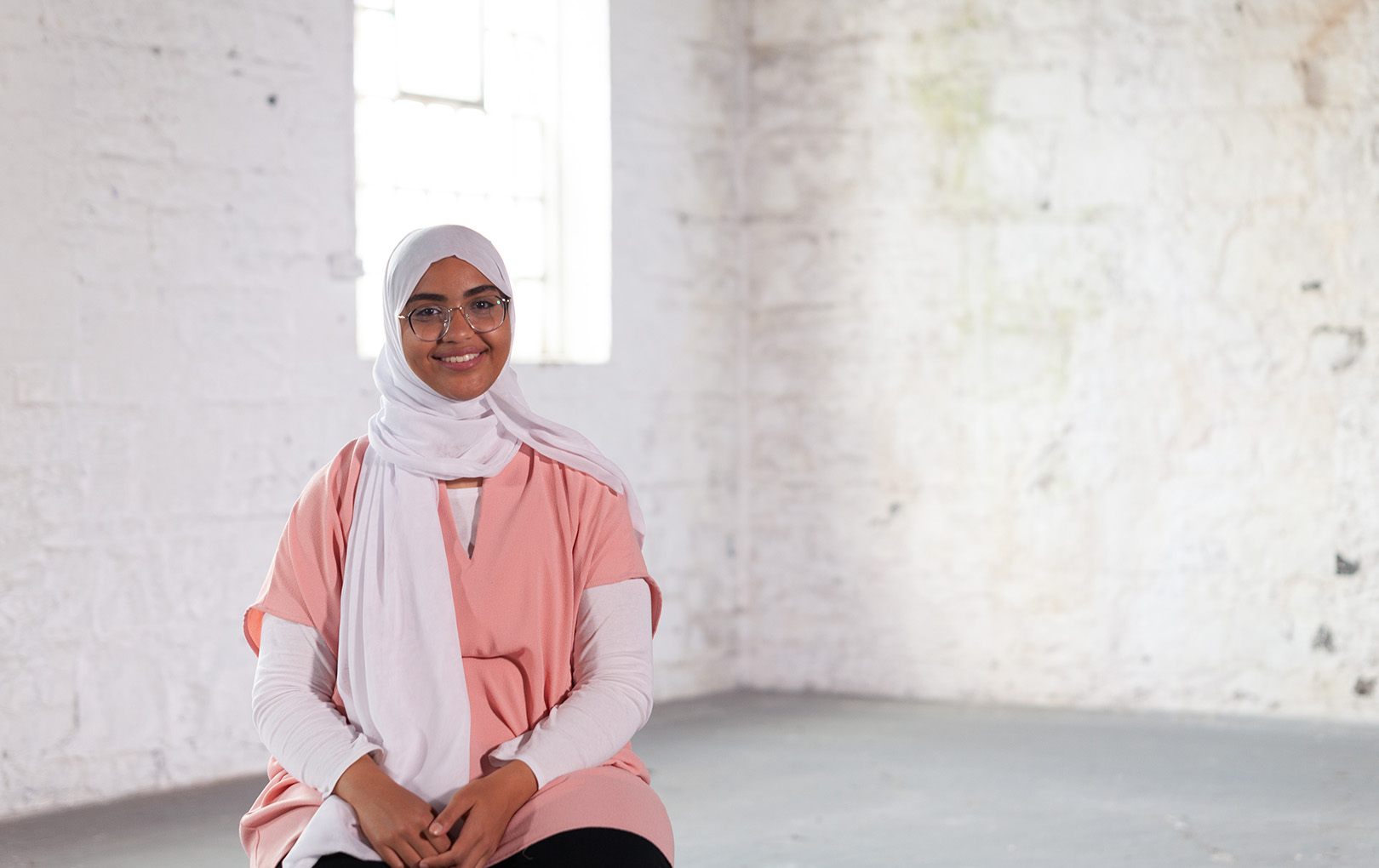 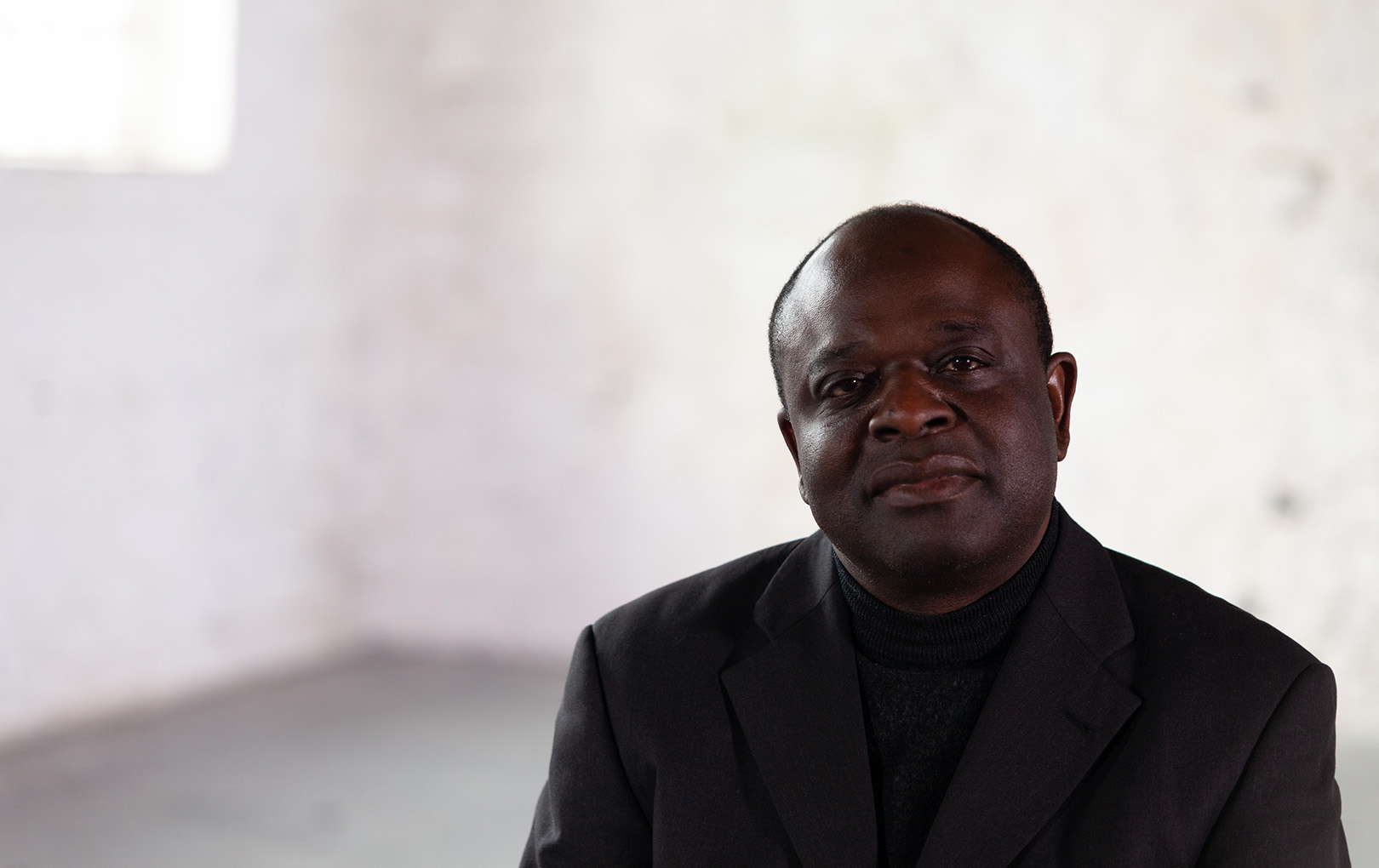 Working with the presenters

Usually, when I’m directing someone to deliver the lines of a script I pay close attention to the words, making sure each word is actually said, focussing on where the emphasis is placed, considering the tone and pronunciation of each word. While I could almost manage that with the French speaker, and had a little bit of an idea what the Spanish speaker was saying, when it came to Russian, Mandarin, Lithuanian, Arabic…, I was at a complete loss. I just had to hope that the delivery was what I’d asked for and trust that the participants had included all the words. I have to say the participants were very patient with my lack of understanding of their language and very generously delivered the lines numerous times and then explained in English where they were placing the emphasis.

We needed a relatively straight delivery for most of the script. I asked people to speak clearly and to aim for a friendly, approachable tone. The one line where participants had the opportunity to be more expressive was in the final PTC which was the line “go and vote”. I encouraged each person to have a little fun with that line and the results were great. There was such a cultural variance in how each person delivered the line that back in the edit, once we had cut the 10 videos that we had been briefed to do, we decided to cut another video with just that line in all 10 languages. Take a look at the results here. 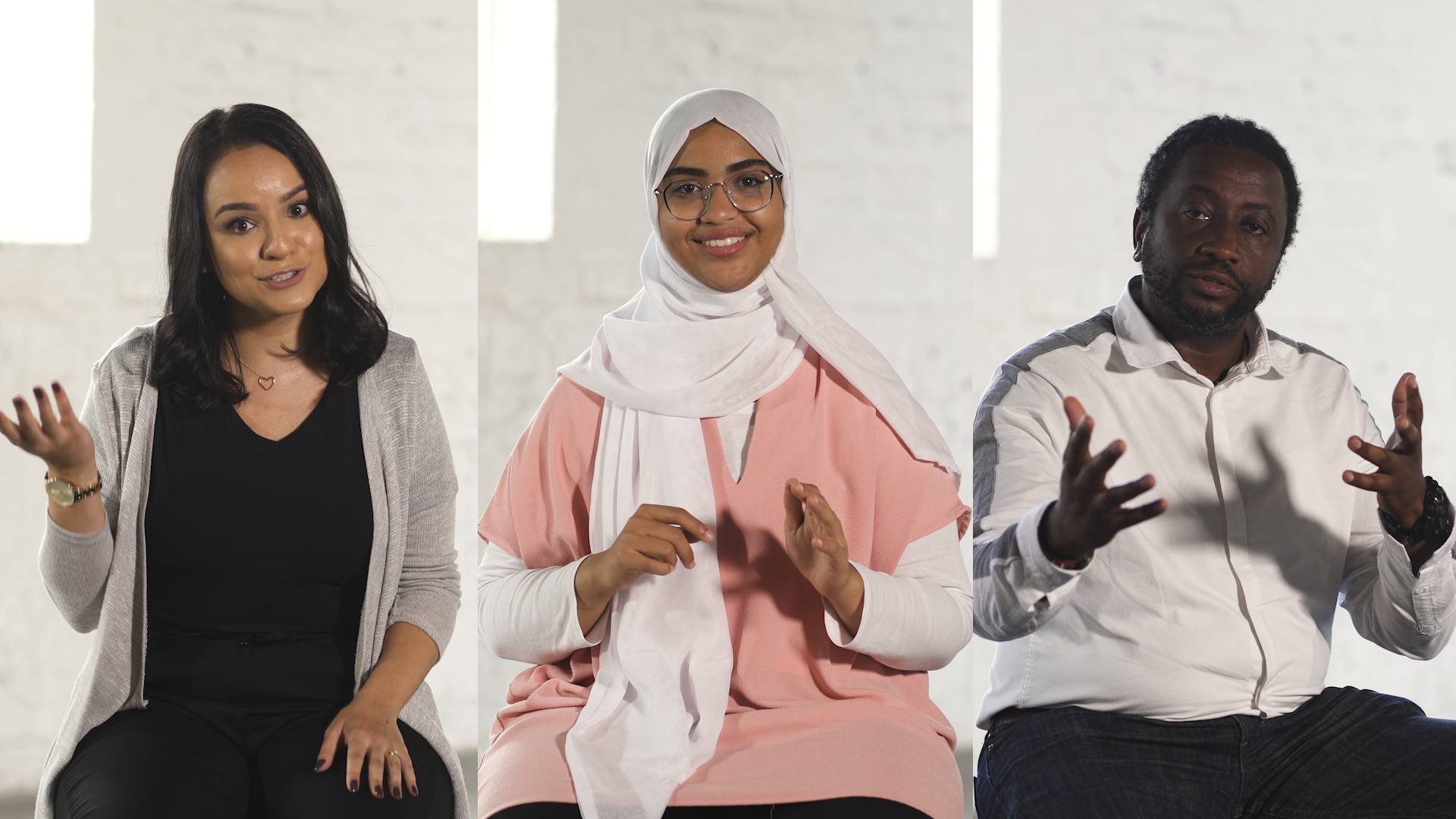 Timing was always going to be a challenge. Each video needed to be a minute or less, so that it could be uploaded to Instagram, this was fine in the English language version, however each language has its own pace, and a 10 second sentence in English can take 15 or 5 seconds in another language. In the studio, we dealt with this by encouraging each speaker to speak quickly and to move at pace through each section of the script. We also gave ourselves a bit of wiggle room at edit stage by incorporating some breathing space in the shots that didn’t involve either PTC or VO. In the end, we managed to get all the videos under a minute.

The final videos included on screen graphics and subtitles in each language. We worked closely with the Immigrant Council and their translators to ensure that the subtitles are correctly placed and that the graphics are linguistically correct. We hope that the final videos do justice to the languages that they are delivered in. 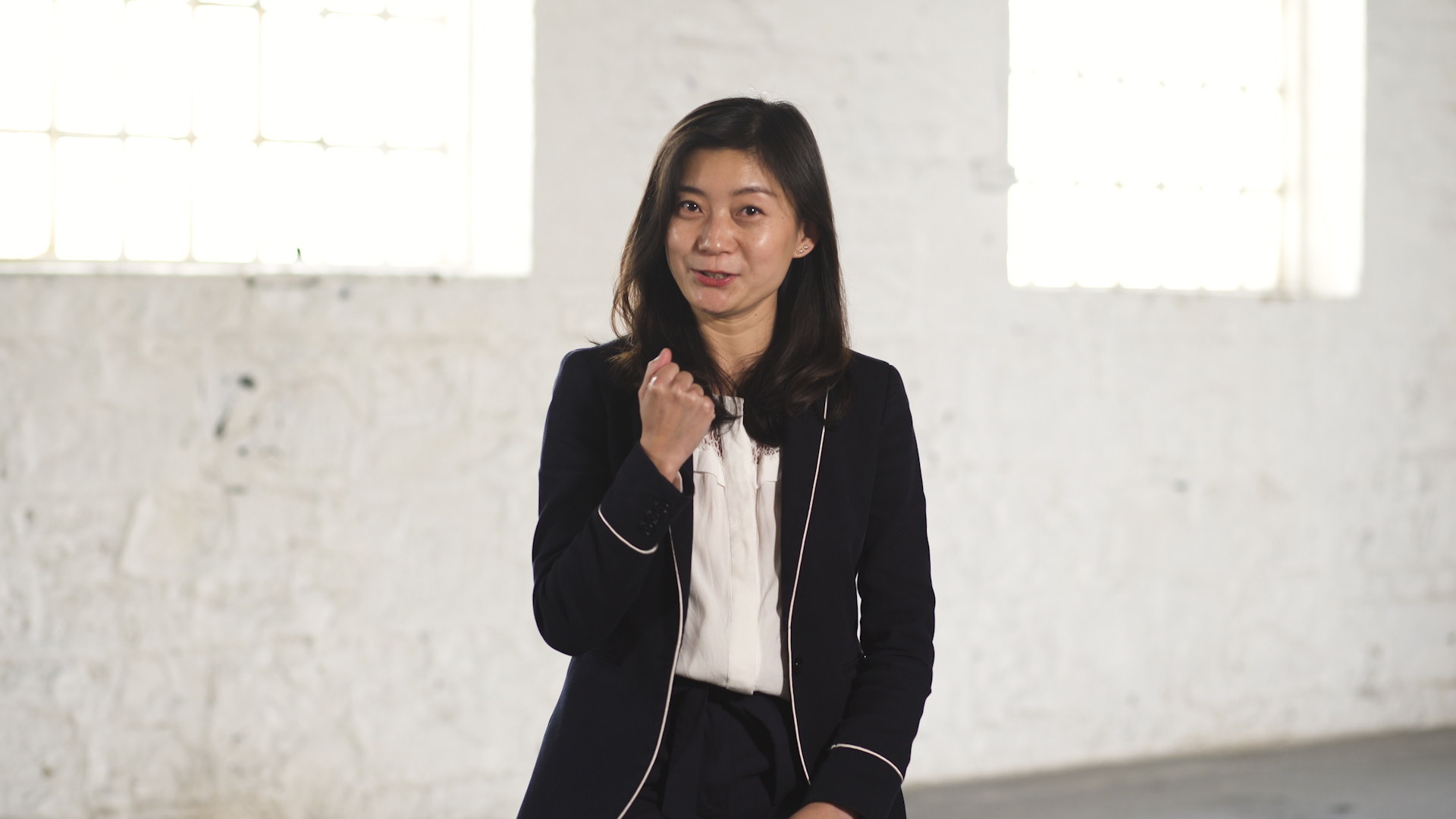 Check out our video production work

If you want to chat to us about a video project, feel free to call us, send an email, or message us on Facebook