The new Limerick.ie website was launched in April 2017 by Limerick City and County Council. User friendly and informative, the new site is the official guide to all things Limerick, and combines the categories of ‘Discover’, ‘Business’, and ‘Council’. Piquant Media was engaged to develop and manage a launch campaign that would build awareness of the new site, drive web traffic and inform audiences of the features and resources now available online.

CAMPAIGN CONCEPT — The new Limerick.ie website has two distinct offerings; the factual information and business of the council contrasts with the experiential guides on what to see and do around the city and county. We developed the ‘Informing & Exploring’ campaign concept that celebrated these two contrasting elements. The new branding was kept consistent across all media: print, digital, signage and web. 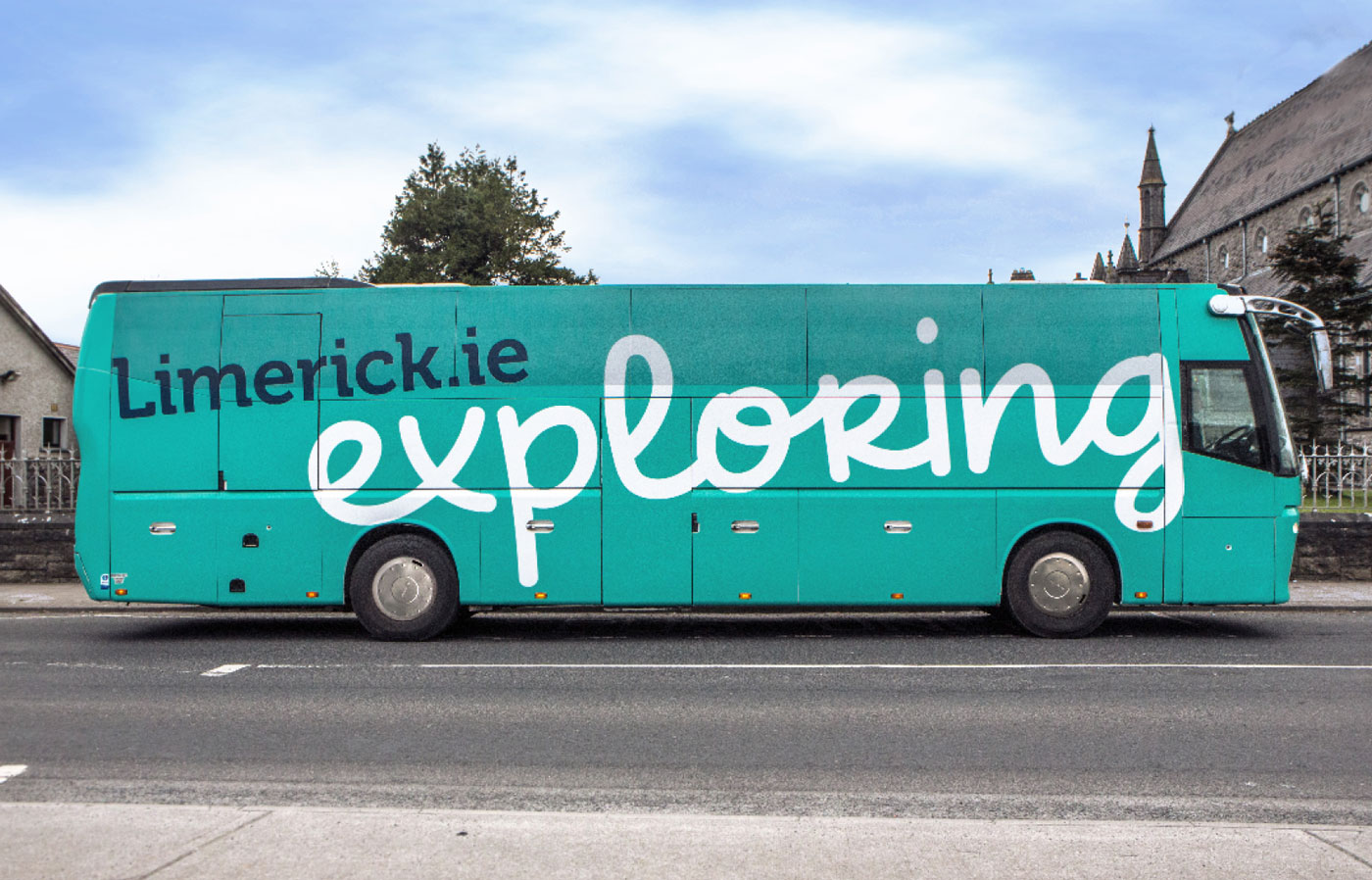 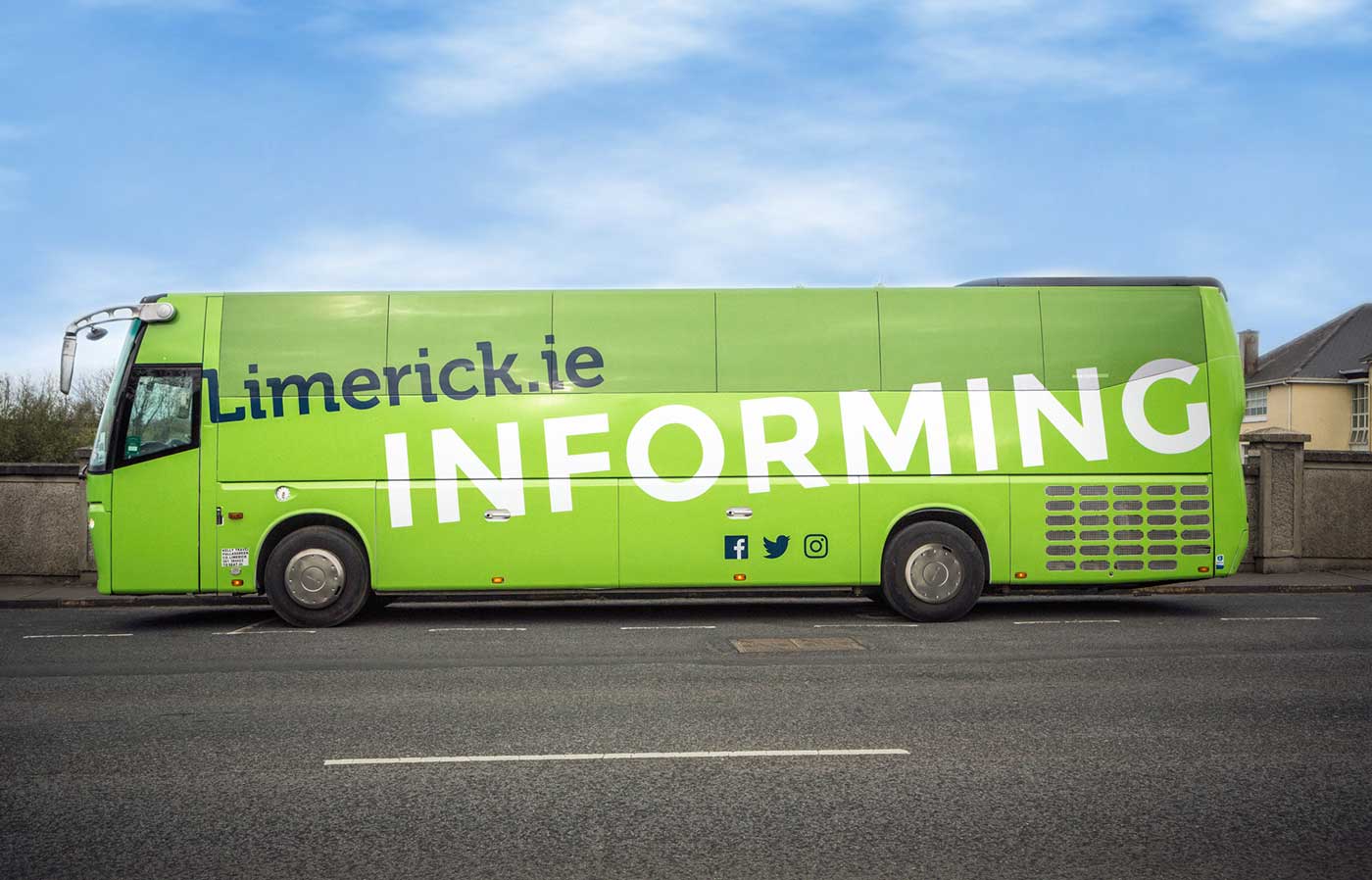 ROADSHOW — We developed the concept of a roadshow to take the Limerick.ie message to people throughout Limerick City and County and support the digital campaign. Central to the roadshow was a branded Limerick.ie bus that visibly announced the Limerick.ie message at each of the 10 locations and events it attended. We wanted to bring the community on board with the new branding and digital campaign so they can stay involved and informed about all that is happening in Limerick City and County.

PHOTOGRAPHY — The taglines for all photography in this campaign were carefully crafted to include a wide range of services and categories available on the new Limerick.ie site. Each image featured two local Limerick people in their own environments. Playing with the dichotomy of the people and the environments, our art direction resulted in a series of unique and memorable images for digital, print and signage.

PRINT — We designed a fold out printed brochure combining the Limerick.ie branding, the key campaign images and step by step guides for using 4 of the new features available on the site. We created weekly newspaper adverts to promote the Roadshow and designed a Roadshow poster. We also designed a full range of Limerick.ie merchandise including t-shirts, balloons, USB keys, pens, mouse mats and key fobs.

CAMPAIGN MANAGEMENT — We managed a 6 week online campaign which integrated organic and advertising social posting across Facebook, Instagram, Twitter and YouTube with weekly advertising in local papers and on local radio. We identified key messages and target audiences. We produced a campaign schedule and detailed social schedule and then rolled out a range of native and advertising assets. We produced specific copywriting for each advert and organic post, following placement of content we continuously monitored and managed the content throughout the campaign.

AUDIENCE TARGETING — We built targeted audience groups with interests and demographics relative to the key messages of the campaign. By targeting specific audiences with content relative to their interests we were able to increase the impact and efficiency of the content, thereby increasing reach and user interactions. We used Facebook Custom Audiences and Lookalike audiences to create audiences that were similar in demographics to actual audiences who had engaged with Limerick content online.

RESULTS — The key aims of the campaign were achieved through the Roadshow, the use of the touring branded bus, the printed promotional assets, the online social and digital campaign and the corresponding newspaper adverts. There were high levels of interactions, shares, comments, retweets and likes across social platforms over the course of the campaign. We ran the Limerick.ie video as an instream TrueView video advert reaching out to audiences around Ireland where it achieved an extremely high view rate of 44.25% The numbers of likes, shares, comments and interactions across social media, combined with large volumes of traffic to the website demonstrate that the public were aware of the new Limerick.ie site and were keen to engage with it. 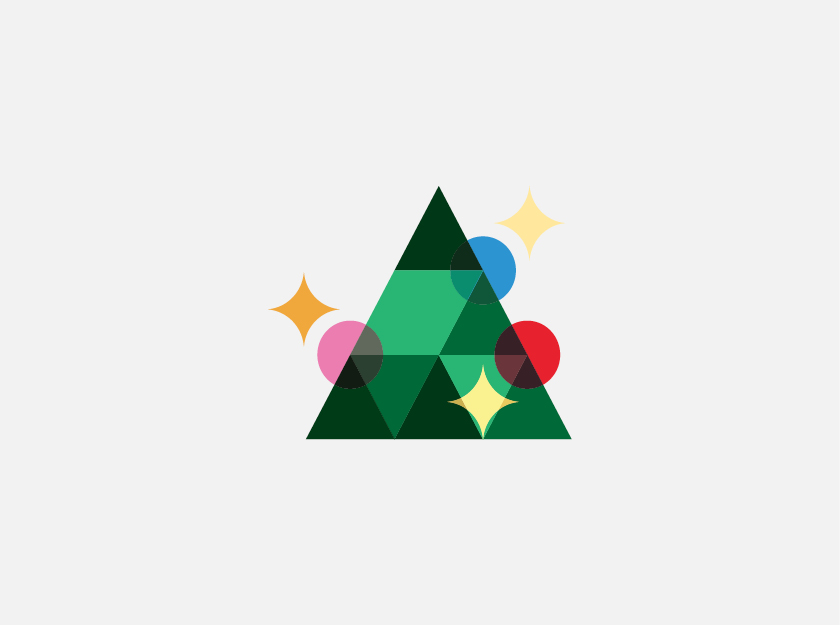 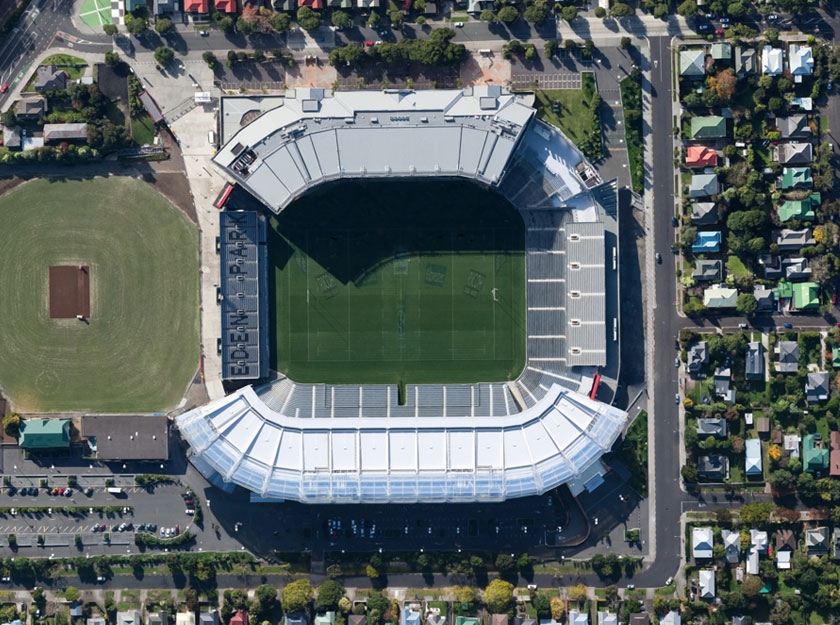